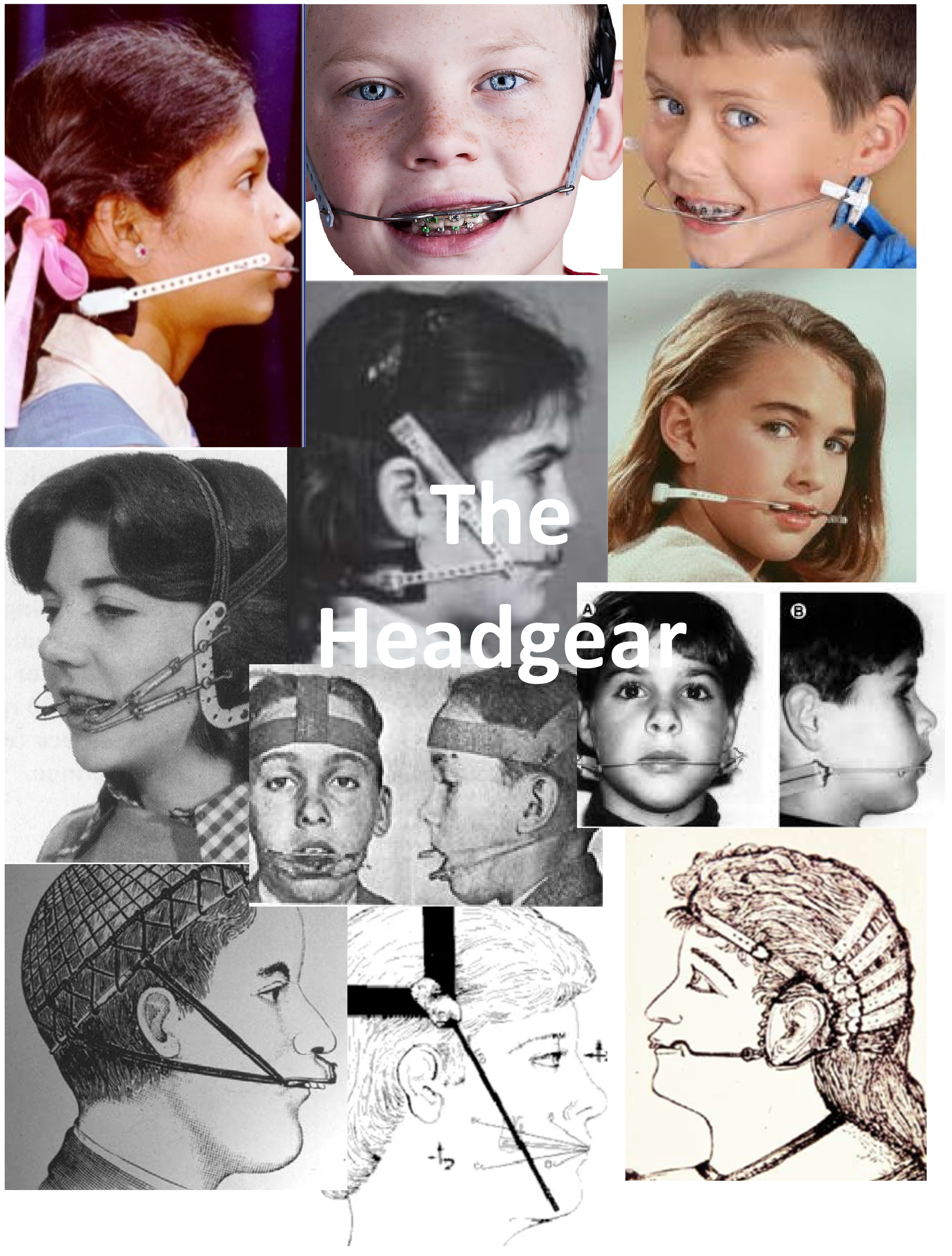 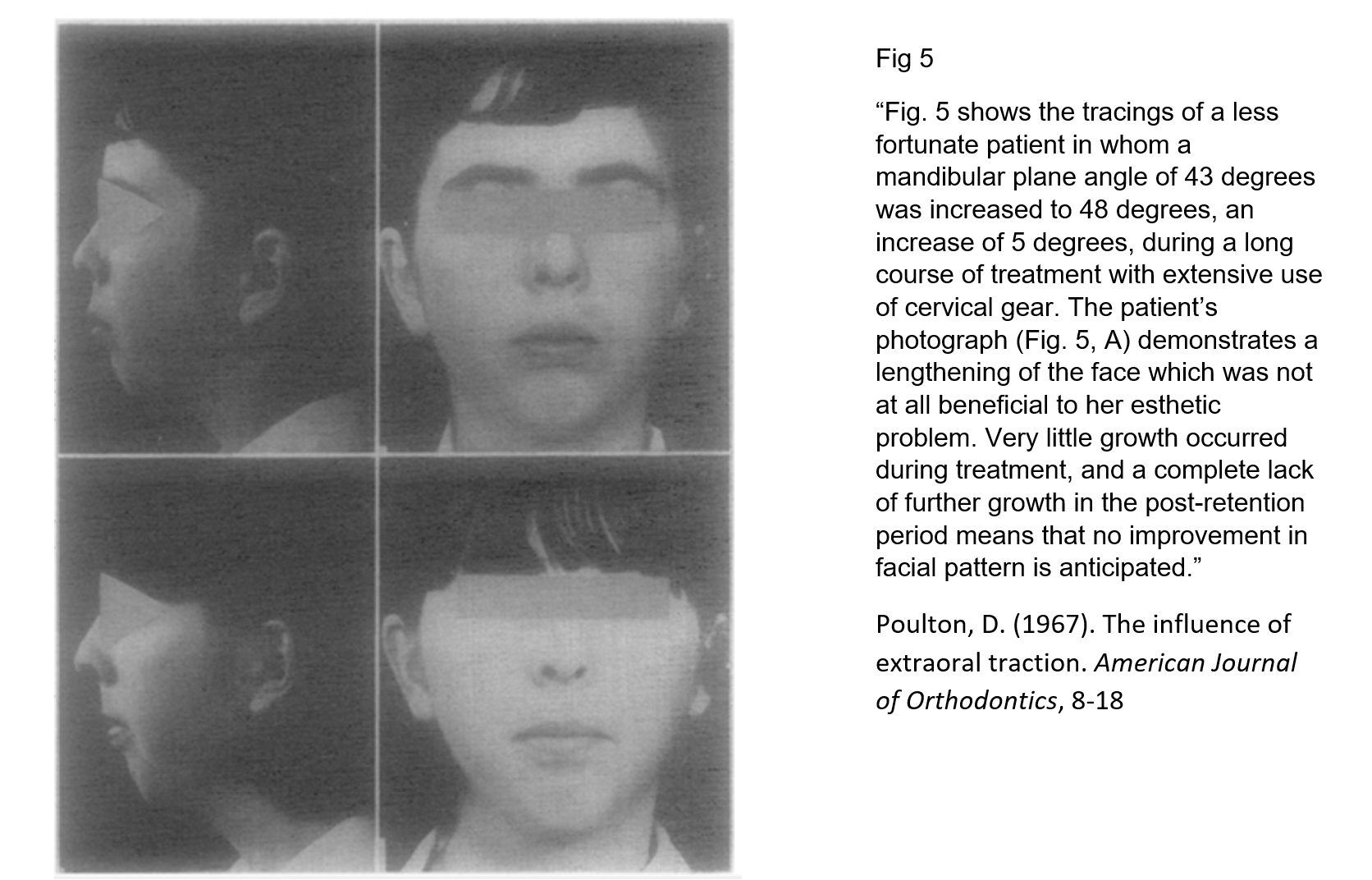 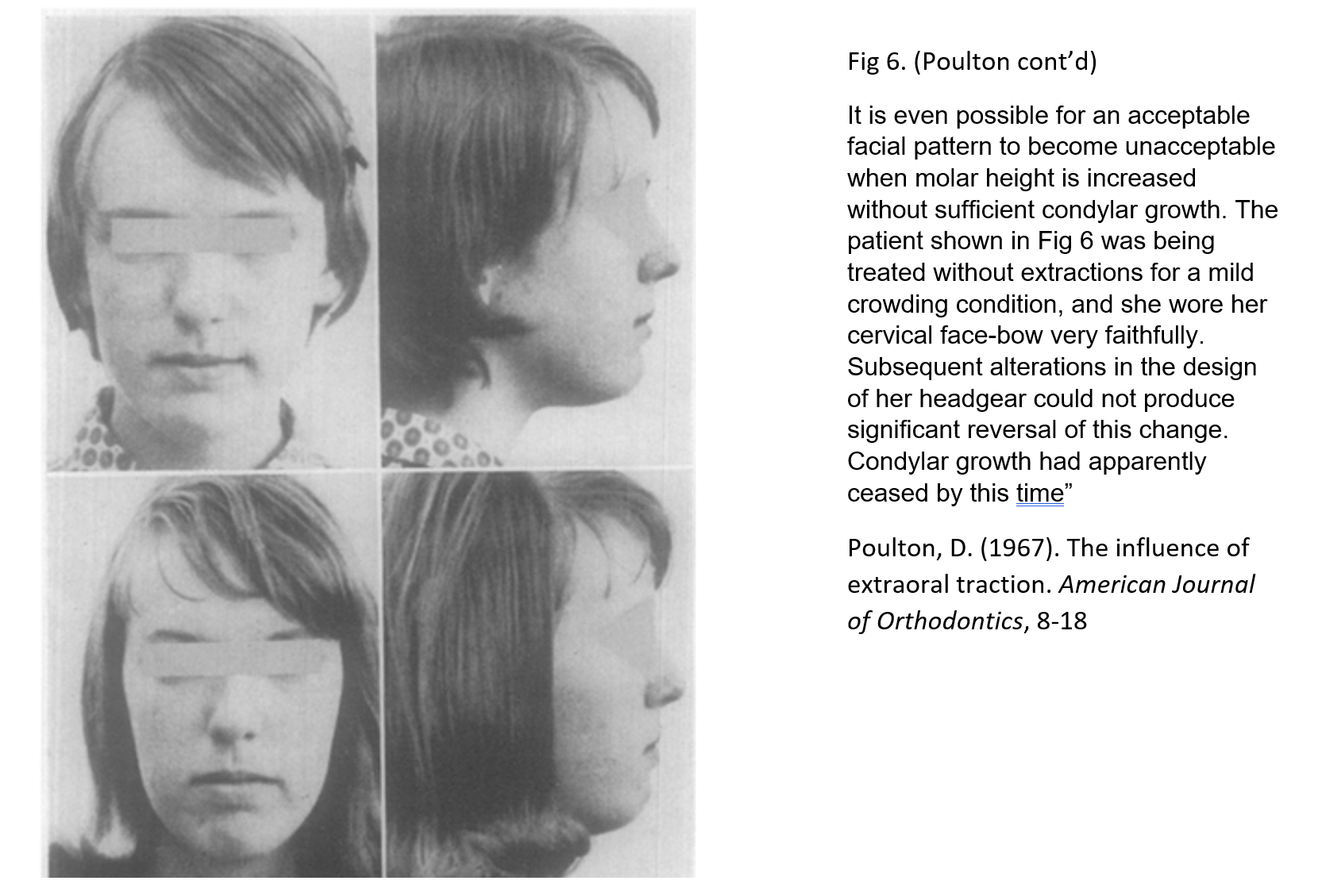 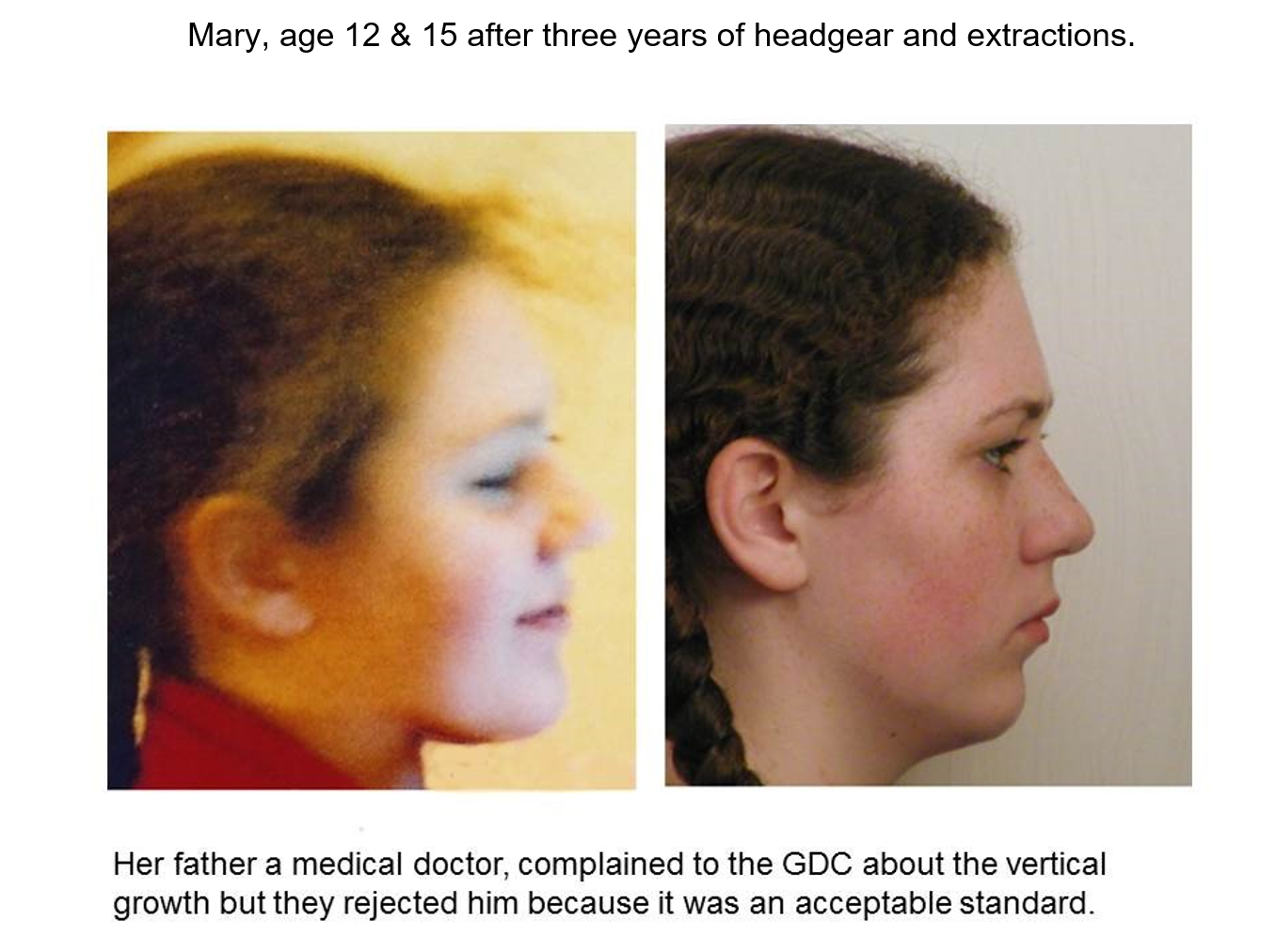 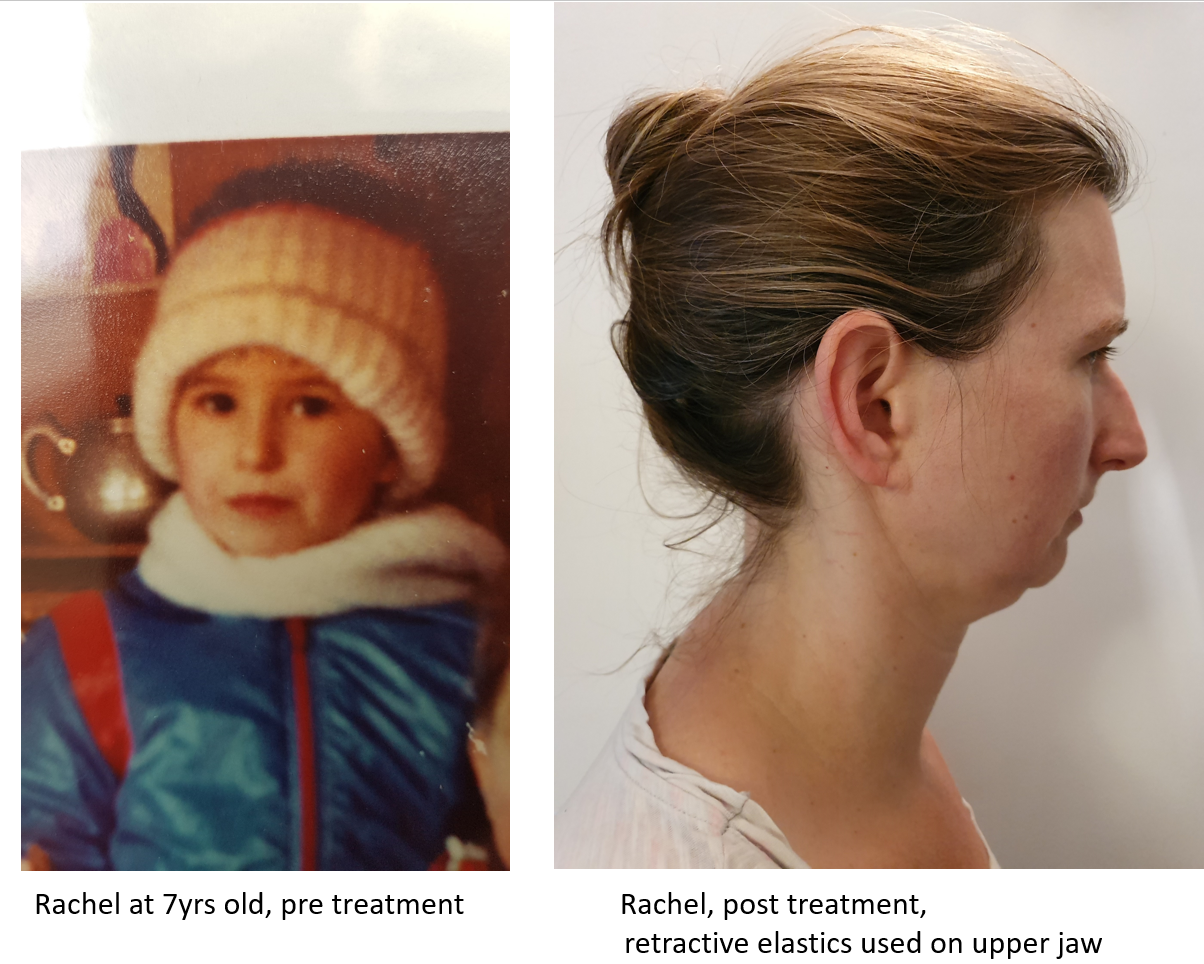 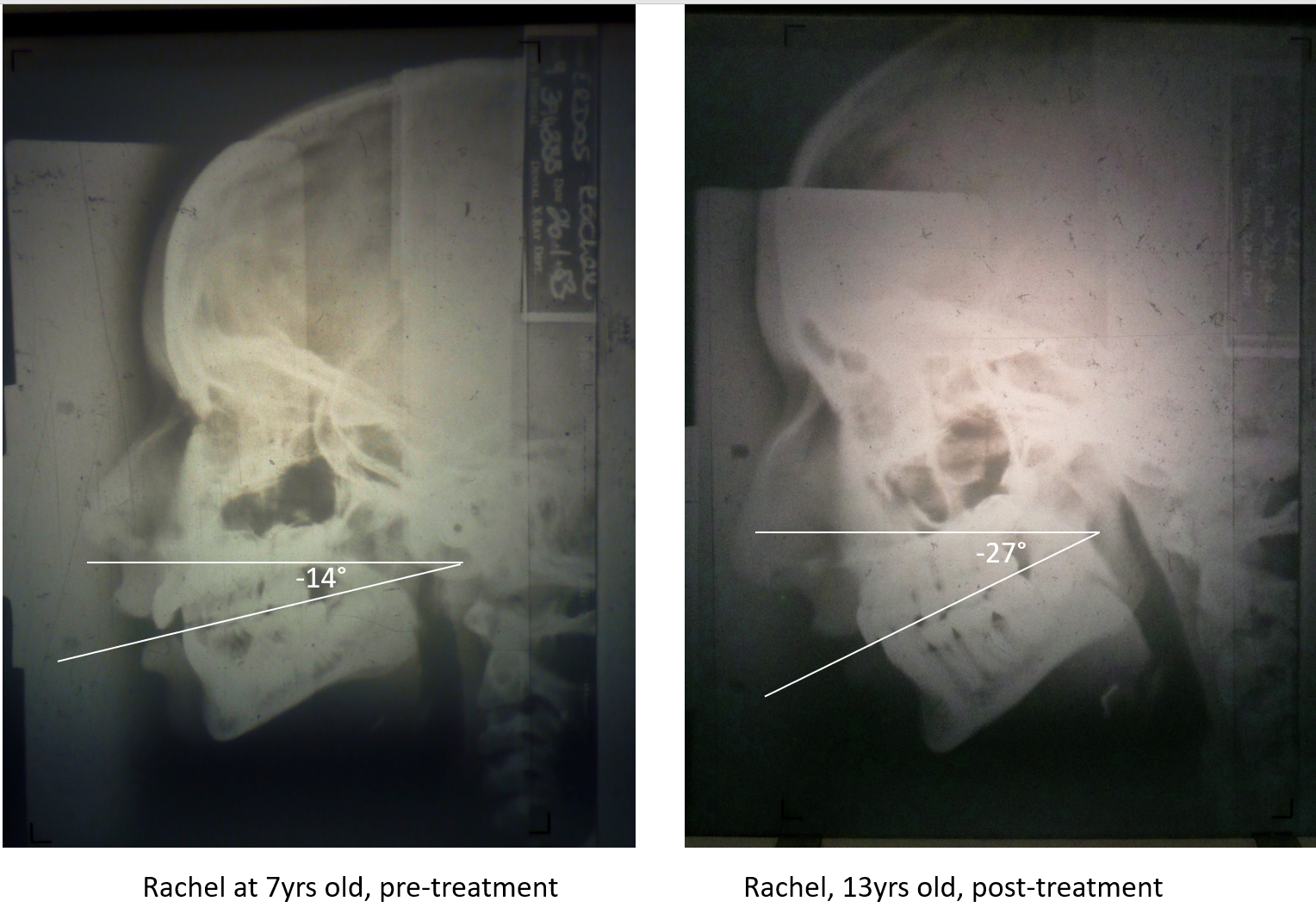 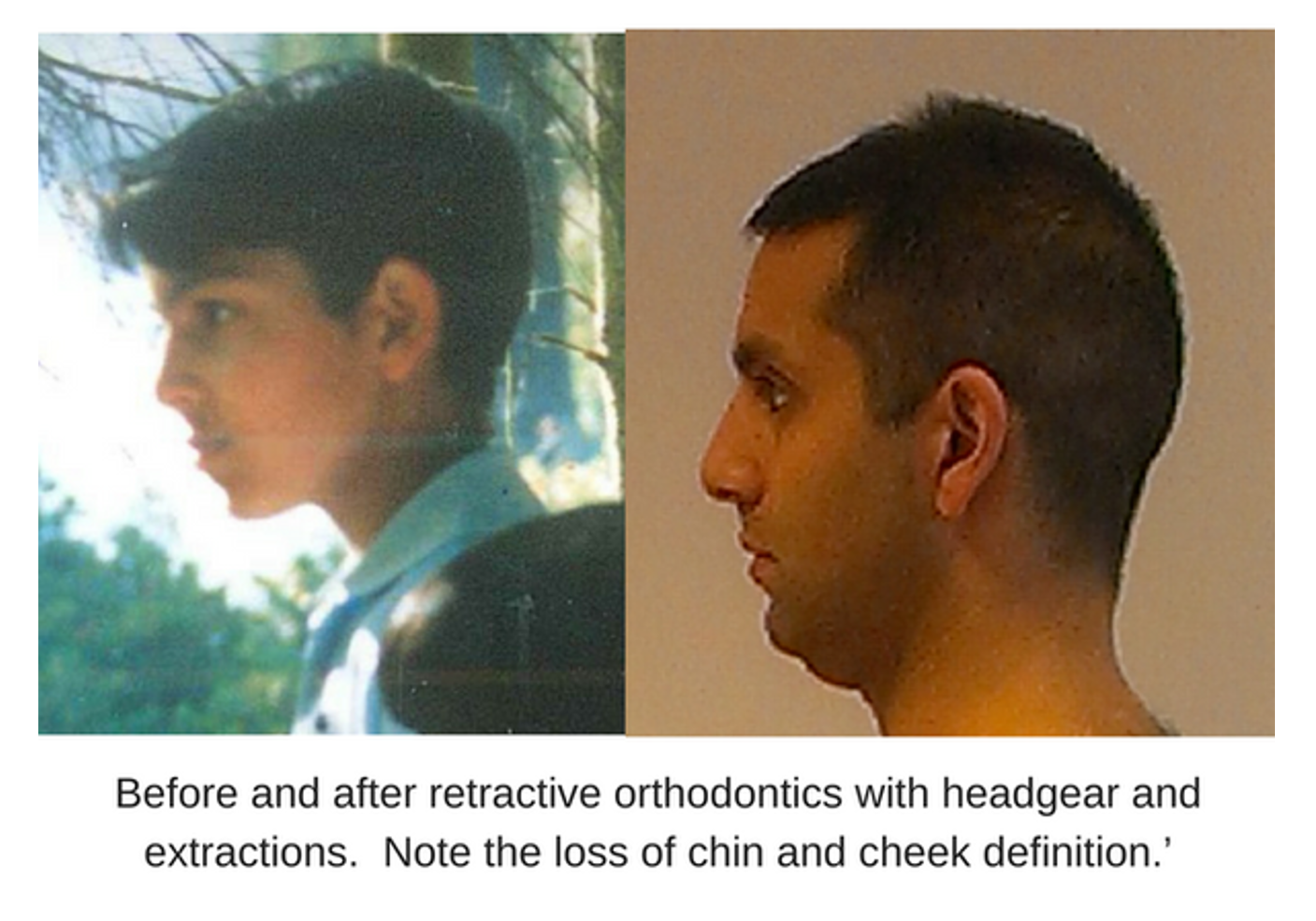 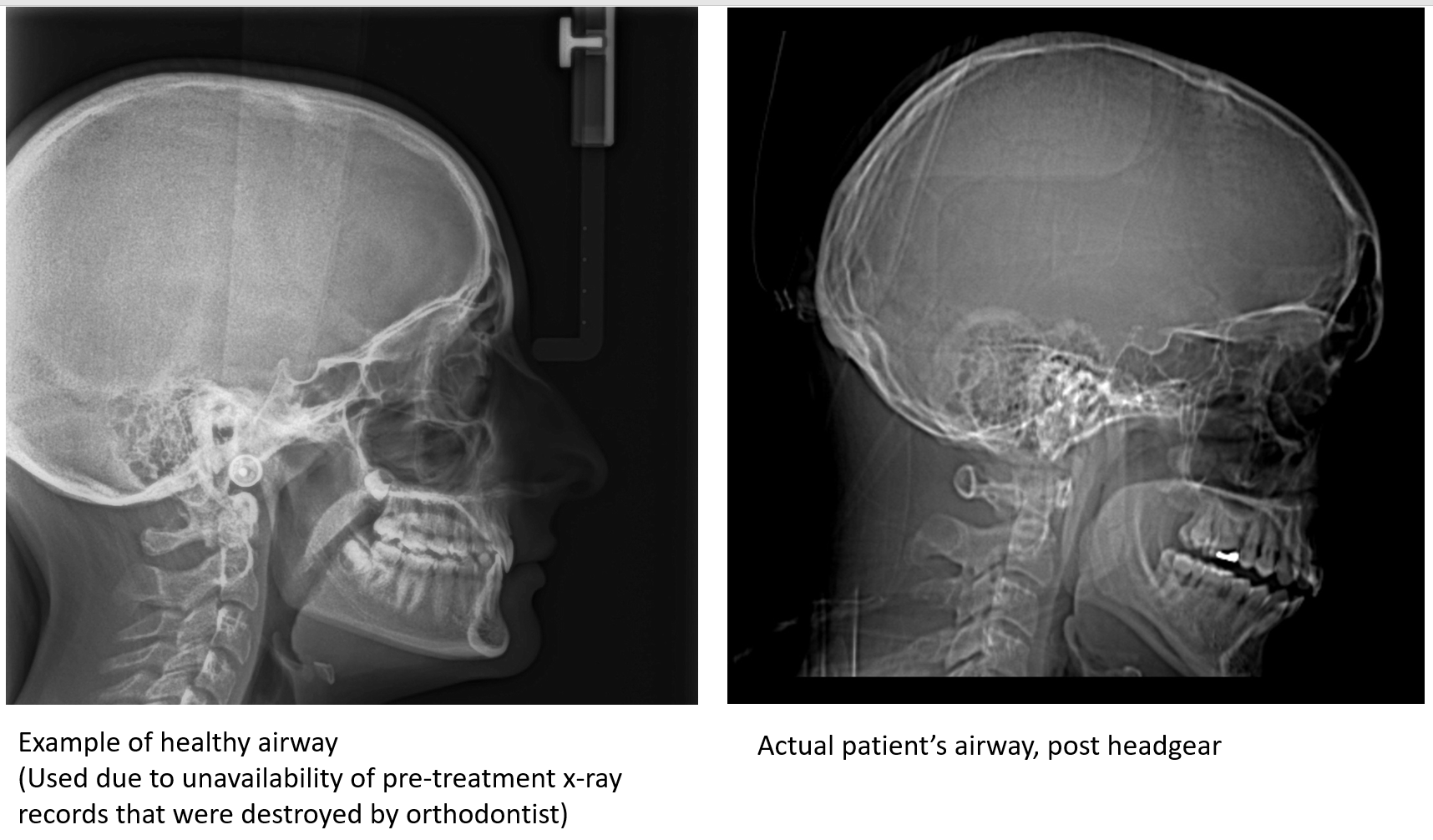 1978 – “Two groups of ten patients with postnormal molar relation, identical as regards facial morphology and dental stage, were treated for 8 months with cervical traction of the Kloehn type…[after the study] two had to get surgery for sleep apnea.”  Melsen, B. (1978). Effects of cervical anchorage during and after treatment: an implant study, American Journal of Orthodontics, 526-540

1999 – “The children in the headgear group were found to have significantly more apnea/hypopnea periods during hours when the appliance was used, and the ODI-index showed increased values in this group.”  Pirilä-Parkkinen K., Pirttiniemi P., Nieminen P., Löppönen H., Tolonen U., Uotila R., Huggare J.: Cervical headgear therapy as a factor in obstructive sleep apnea syndrome, Pediatric Dentistry, Vol. 21, No. 1, January-February 1999, p.39-45

2000 – “The sagittal dimension of the upper airway was significantly reduced during sleep…the third cervical vertebra moved significantly forward by the wearing of the cervical headgear.” Hyama, S. et al. (2000). Changes in mandibular position and upper airway dimension by wearing cervical headgear during sleep. American Journal of Orthodontics and Dentofacial Orthopedics, 160-167.

As you may know, Right to Grow offers zero cost legal support to people who have had their lives altered by orthodontic work.  We are supporting our first case right now, Lalani v. Lear out of the BC Supreme Court.  This case will set a precedent worldwide, and if we win, it will be a large force in putting a stop to orthodontic growth stunting.

We need your support now, more than ever.  We have one shot at this.  Please do your part as healthcare professionals, and citizens of this world to make it a safer, better place.

Life is hard as it is.  Without a proper airway, life is beyond hard.  Again, please do your part.  If you are a doctor, use your power.  Remember your oath.  Now is the time.

Click on the link below to sign the letter.  It is short, sweet and based on common sense, and you may be asked to give testimony based on it.

You are taking a stand for something.  You are using your voice to make a difference in this world.

or
Please check your e-mail for a link to activate your account.